On Using ABA To Coach Baseball

In 1980, a behavioral coaching method for increasing motor skills was reviewed across multiple sports. This coaching method included the systematic use of verbal instructions and feedback, positive and negative reinforcement, positive practice, and time out. The outcome was an increase in accuracy of complex skills across gymnastics, with a 49.9% increase, tennis, with a 51% increase, and football, with a 46.3% increase (Allison & Ayllon 1980). While this study and many others like it show that using ABA to increase player performance is effective, typical coaching styles still primarily rely on the coaches past experience, practice, feedback, and their intuition (Kaya, 2014) instead of individualized intervention plans for each player.

Denise Lakrin, BCBA and owner of Adapt ABA, and her husband Shaun Larkin, coordinator of skill development for the professional baseball organization, want to change this outdated method of coaching with a system they have created using ABA principals to improve player’s behavior and performance.

Melissa: Could you explain what you do as a coordinator of skill development?

Shaun: What I do is look at our practice structure and our practice behaviors, how they’re beneficial, how they’re not, and really make sure we’re making the best use of our time in terms of skill development, mechanically and fundamentally.

Melissa: How are you using the basic principles of ABA?

Shaun: It’s still pretty new, so right now we’re use the basic principle of reinforcement and punishment, not only to change behavior, but to teach new skills and fine-tune existing skills.

Melissa: What are some examples of this approach?

Shaun: Generally, in sports there is this verbal reinforcement and punishment component to coaching, but there is a big misunderstanding of when to use it, how to use it, and who it’s used for. Is it effective for the person you’re using it with?

Denise: A lot of the misconceptions with that are that reinforcements are always verbal praise, and that when I’m reinforcing I’m saying something nice. There are a lot of times that coaches are thinking they are reinforcing a player’s behavior because they’re telling them “good job”, but that may not be reinforcing to that particular player.

Melissa: So how are player’s behaviors typically managed?

Shaun: Usually it’s that you’re benched, you get a monetary fine, you get suspended, or sent to a lower level. Over a course of time, if you don’t do what you’re supposed to do, coaches keep increasing what they’re taking away, and at some point, you’re just out and released from your contract. But it doesn’t work for everyone. Athletes will start trying to find ways around it or the penalties don’t affect them and they don’t care. You keep taking away things that may not be valuable to them anyways.

An example of this is a player we had where he got caught doing something he wasn’t supposed to be doing. After some discussion, it was decision he would get temporarily sent home (which was out of the state) for the season and not be allowed to play. But looking back, this individual was always talking about wanting to go back home to his school and to see his girlfriend, and that’s what ended up happening. So he goes back home, he was injured so he tells people he got hurt and he couldn’t play, and we just ended up reinforcing his behavior because we gave him exactly what he wanted. So next time he’s wanting to go back home, now he knows what he needs to do to get sent home without getting released from his contract.

When you have a player not running hard enough or doing something they shouldn’t do and you threaten them with the punishment of not getting to play, if they were struggling, not playing well anyways, or have a lot of people coming that they don’t want to play in front of, you’ve just given them a way to escape.

Denise: When I was playing sports in high school, I knew that if I showed up late I didn’t get to participate in practice, I just had to run the whole time. Well I knew that and sometimes I didn’t want to be in practice so I would show up late to be able to escape it and just run. And that’s why it’s important to look at what is reinforcement and what is punishment on an individual level.

Shaun: Just because a punishment worked for me doesn’t mean it will work for her, and that’s what’s challenging for coaches across all sports. They get stuck on this idea that that’s how it’s always been, that’s how I was punished and it worked for me so that’s how I’m going to punish you.

Melissa: How is this new coaching method being perceived by the players?

Shaun: I think it’s still new enough that they don’t know, not until coaches are educated enough with this system to be able to explain why one person’s behavior was handled differently than this other player. Getting away from the traditional way of doing things and injecting something new is always a challenge. But the feedback so far has been pretty positive. It’s a tough conversation to have, but the players realize that their individual situation is different than the other players.

Melissa: What about the coaches?

Shaun: The coaches are a little apprehensive, it takes time to really get to know their players and what functions as a reinforcer or punisher for each one individually. Then when it comes down to it and a situation occurs that they need to address, they realize they really don’t know their players. They feel like they’ve tried everything and its not working. They benched them, they fined them, and they sent them home. Looking at that, you’ve only tried one thing, you’ve only punished them and the problem keeps getting bigger and bigger. Clearly what they are doing is not punishing for this player, and there is no reinforcement to increase the behaviors we want to see.

Or sometimes something will happen over and over again that the coaches don’t like and they won’t say anything. They keep maintaining it, the feedback is not immediate, not until it costs them a game or is embarrassing for the team or the coach. This happens in the major leagues too. A major league outfielder is catching a fly ball a certain way when he first got called up and no one says anything. Everyone thinks he’s great because he’s catching everything. Then he drops one and it costs him a game then the manager talks to him about how he’s catching. But then, it’s too late. Why didn’t we tell him when he was catching wrong in practice? Coaches will let players maintain their behavior until it affects them, until it costs them a game. This is across all sports. Maybe in golf a player keeps throwing their golf club and then one time it goes in the water and they lose their club. Then they get told they shouldn’t be throwing their clubs, but why weren’t they told that the first time?

Melissa: What are the long-term goals for this program?

Shaun: Coaches really want to do the right thing for their players, so my motivation is to help them get to that level with education on how the principles of ABA apply to them. Then that would translate into how to be effective for individual players. We could use this to maximize the players time by increasing their productivity.

We’re trying to individualize their skill development as well. When we introduce a new skill or concept, we need to consider how that initial practice session looks compared to trying to generalize it to a game setting. Traditionally it’s been the same drill, same way, for every single player, but now we’re looking more into the drill types and how those fit into where they are developmentally and how we can practice in a way for them to generalize that skill into the natural environment.

Melissa: Thank you so much for your time. If readers are interested to learn more about your program, how can they get in touch with you? 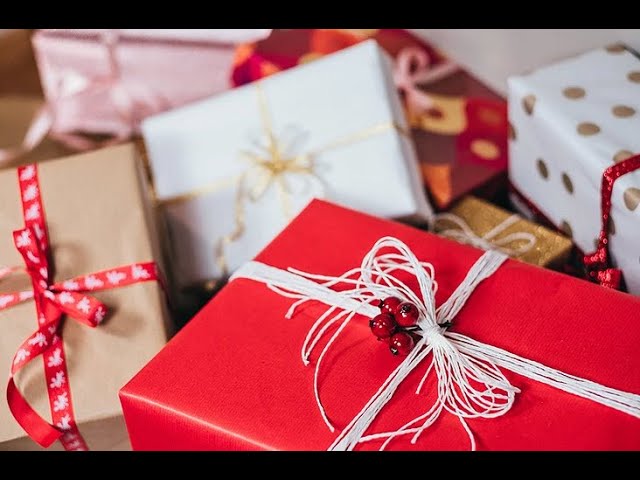